Chemicals such as coagulants, flocculants, oxidants and disinfectants are needed in large quantities in different parts of the wastewater treatment and drinking water production processes, and some of them, such as sodium hypochlorite (used as a disinfectant), are vital throughout the entire distribution network so that water can reach the end user in good conditions.

Most of the reagents used in water management processes, in large concentrations, can be dangerous for human beings and the environment, especially chlorinated products such as sodium hypochlorite, used in equipment cleaning and water disinfection processes. This means that there is a risk and cost associated with transport and storage in plants due to the volatility of the market price of these products. Production in-situ of sodium hypochlorite is presented as a solution to the problems raised above, since it does not require the purchase or storage of hazardous chemicals.

‘’Most reagents used in water management processes can be dangerous for human beings and the environment’’. 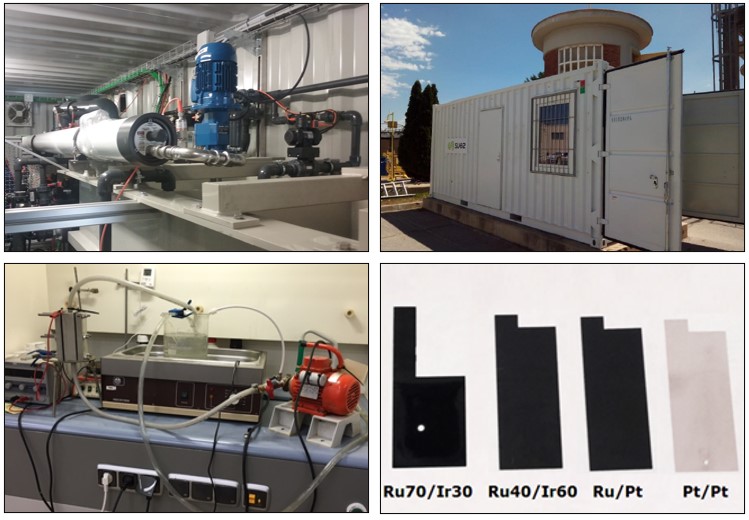 Chemicals are used in large quantities in depuration and potabilization processes

In-situ generation of sodium hypochlorite: a safety solution in the transport and storage of plants

Cetaqua has been developing for years treatments and processes to produce chlorinated disinfectants from synthetic brines and  reverseosmosis brines for other membrane processes. Studies carried out by Cetaqua with other entities of the group, such as Aigües de Barcelona and Aquatec, in several projects demonstrate the feasibility of in-situ generation of sodium hypochlorite from synthetic brines, reverse osmosis concentrates from Water Reclamation Plants (WRPs) or seawater.

In-situ generation of this disinfectant from brines, brings two great advantages over the use of commercial sodium hypochlorite: on the one hand, it reduces the danger of handling, transport and storage of the commercial equivalent, while eliminating the risk associated with the instability of its price in the market and, on the other hand, it presents a cost saving of the brine’s treatment as a waste and a reduction of the environmental impact associated with its discharge.